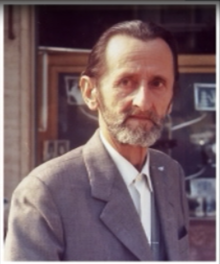 Giocondo Pillonetto was born in Sernaglia della Battaglia on January 8, 1910.
She remained an orphan of mother still a child; Third of five children, he spent most of his childhood and adolescence at the maternal grandparents. In the terrible years of the 1st World War, he threatened to starve and cheer as much of the civilians under the Austro-Hungarian occupation.
The pharmacist father started him in the classical studies: he attended the gymnasium and the Liceo “Canova” of Treviso, where the principal, the illustrious literary Augusto Serena, had the way to appreciate his first poetic texts. He surpassed his maturity at the “Foscarini” High School in Venice. He did not continue his studies at the university, indeed, in the local pharmacy, later, he opened an osteria, frequented by the villagers, of which he shared suffering and small joys, and also by illustrious personages, recalled by his human sensibility and by the His artistic creativity.
In 1945, after the liberation, he was the first mayor of Sernaglia and he worked, he “anarchist” and apparently individualistic to end, to collect supplies for the population so affected and to start the reconstruction of the country.
With the moral support of friends like Giovanni Comisso, Diego Valeri, Andrea Zanzotto, Carlo Conte, 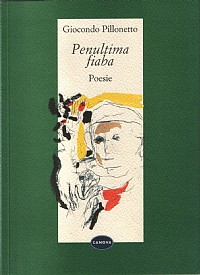 Toti Dal Monte, Lino Teofilo Gobbato, Gina Roma, cwho appreciated him from the beginning as a poet and as a man, promoted the “festivities of the End of winter”, coinciding with the carnival, To greet the villagers who, after the Christmas holidays, resumed the suitcase and returned abroad for the work that was missing here.
In the 1950 also for the inspiration of Pillonetto, was formed to Sernaglia the first community of emigrants, spontaneous association born to help families to bring back to their homeland who had fallen at work abroad.
Relentless criticism of himself, writing and rehashing, he grasped with keen sensitivity the most vivid ferments of the poetry of the twentieth century, not only Italian, but never wanted to publish.
After his death on October 30, 1981, edited by his family and friends, he went out, at the Nuovedizioni Enrico Vallecchi, the volume Penultima fiaba which collects the verses which he himself had ordained and prepared. In the 2002 Canova Edizioni di Treviso in the series “Memoranda” (from which this biographical card is dealt) that edition of the 1983, expanded of unpublished texts and enriched by the testimonies of illustrious writers who had reported then the value of the work, is Reintroduced to the vast audience of old and new readers, to satisfy the requests expressed by the many who were looking for the volume that has long been exhausted. The publication, desired and desired by the municipal administration, falls within the framework of the activities of the library entitled to him.